Today is International MPS Awareness Day. We are featuring the story of an MPS I family to help raise awareness and bring light to the importance of newborn screening for this rare disorder.

What is mucopolysaccharidosis type I (MPS I)? MPS I patients are missing the enzyme alpha-L-iduronidase, which is essential in breaking down the mucopolysaccharides dermatan sulfate and heparan sulfate. These materials remain stored in the body’s cells, causing progressive damage. Babies may show little sign of the disease, but as cells sustain damage, symptoms start to appear.

What is the status of newborn screening for MPS I? MPS I was added to the federal Recommended Uniform Screening Panel (RUSP) in February of 2016. While FDA-cleared testing such as Baebies SEEKER is available, less than twenty U.S. states are currently screening.

Meet Tracy Rose, an oncologist at UNC, and her daughter Maggie who live in Chapel Hill, NC. Maggie was clinically diagnosed with MPS I in 2018 just after her first birthday. Learn more in our interview with Tracy below, and stay tuned for a deeper look at Maggie’s story this summer.

Q: Tell us about Maggie. What are her favorite things to do?

In some ways Maggie has had anything but a typical life. She’s spent nearly half of it on some form of isolation. But in other ways she is so normal. She loves to watch her sisters – no one can get her to giggle as well as her two older sisters. She loves to sing Wheels on the Bus and “read” books. She loves being outdoors. She loves eating hot dogs and yogurt. And lately she just wants to walk around anywhere we will let her.

Q: In what ways is she a typical two-year-old?

She is a remarkably easy going kid and very inquisitive. But she is also two which means she is a very picky eater and her favorite word is “no.” She loves to do things that I tell her not to do, and she likes to look at me and smile a sinister smile while she breaks the rules.

Q: Talk us through her diagnostic odyssey. How early on did you notice potential symptoms?

Maggie was a healthy, normal baby at birth - she flourished for the first 3 months. But right around the time I went back to work, she caught her first cold. She started waking up often at night and she was so congested. From there, every few weeks, one of her sisters would get a cold and have the sniffles for a few days. But Maggie would catch it and it would last for weeks. 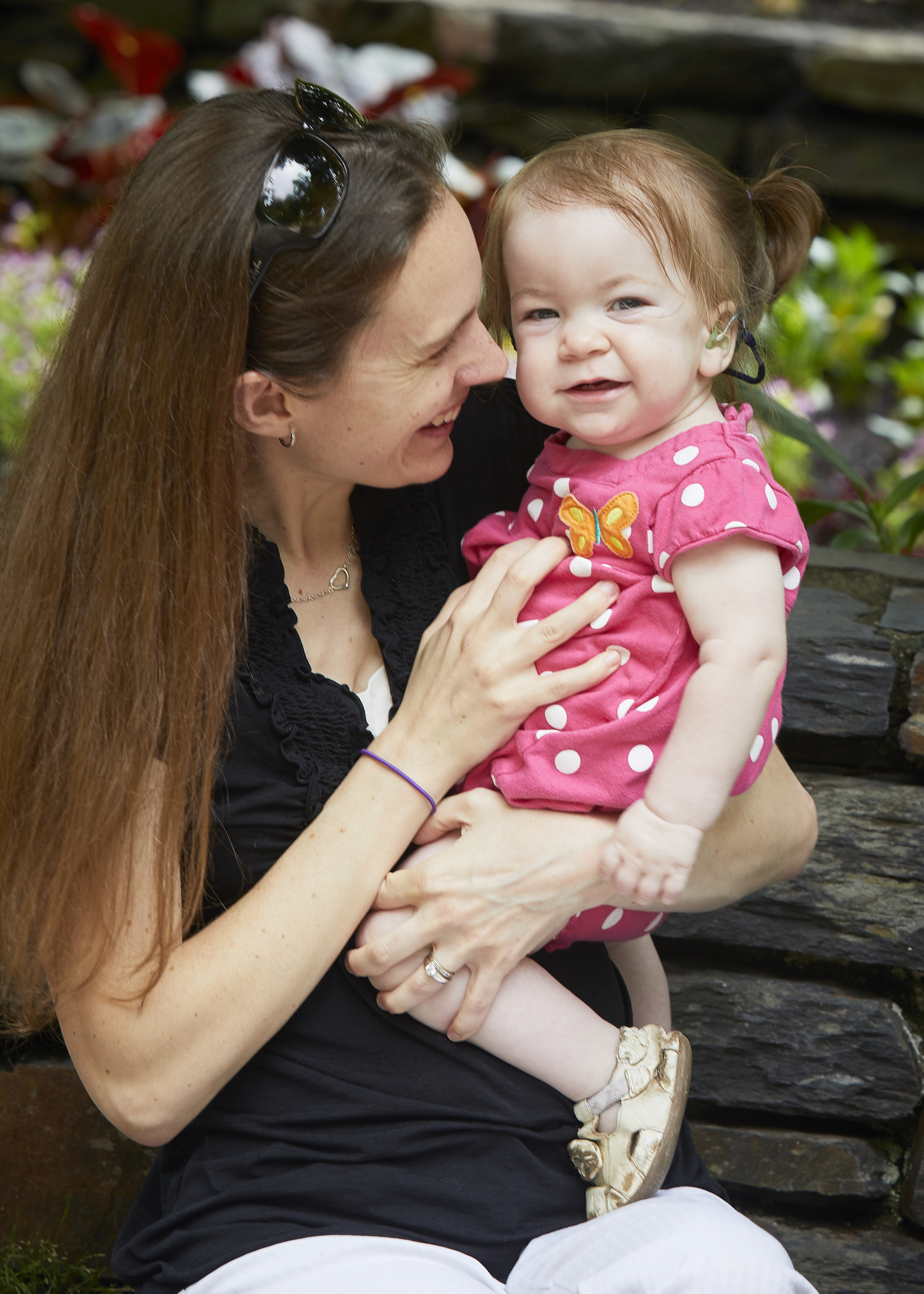 She started snoring and kept having ear infections. I remember her (very wonderful and talented) pediatrician telling me that some babies just “keep a cold.” When she was around 6 months old, we noticed a bulge on her lower back. All babies are curled up with a round spine when they are newborns, but Maggie’s spine just didn’t straighten out in the same way as other kids. Those were the first symptoms.

Q: Who did you turn to first?

The month after diagnosis was a complete whirlwind and we are so thankful for the care and outreach we received. Within 8 hours of diagnosis, the family coordinator for the MPS Society reached out. Within 24 hours, we had met with an international MPS expert at UNC who actually came to my office at work to answer every question we had. And within 48 hours, we had seen the pediatric blood and marrow transplant clinic at Duke and were signed up for a transplant.

Q: What sorts of appointments/testing did you go through to get to the diagnosis?

I think our story is pretty typical – the average time of diagnosis for kids that don’t live in states with newborn screening for MPS-1 is around 15 months – and Maggie was 14 months at diagnosis. She was diagnosed with moderate hearing loss around 9 months (which we only discovered because she had extra screening exams because I had coincidentally been in a clinical trial during pregnancy). She had her adenoids removed due to her snoring, and had ear tubes for her recurrent infections before we figured out what was going on. And the bump on her back was getting more prominent – she finally had a back xray and she had the classic bone findings of MPS-1. The radiologist at UNC was really the one who diagnosed her from that xray. It took us 3 more weeks to get an official diagnosis from DNA testing and enzyme levels, but we already knew she had it.

Q: What were your initial questions about the disease?

Can someone with MPS lead a normal life?

What is the treatment for MPS?

Should I have been able to figure this out sooner?

What are the mechanisms of MPS?

Q: What MPS I resources have been important to your family?

We are very lucky to live in an area with top notch medical care. Duke University Medical Center is one of the most experienced transplant centers for kids with MPS-1. Most of the other kids I’ve ever met with her disease are also from Duke and their guidance and family support has been amazing.

I feel lucky that we are going through this process in the era of social media and Google. I joined the National MPS Society the night she was diagnosed and they have been an invaluable resource. And social media has also been helpful – just seeing pictures of other kids that are a few years ahead of her in the process is really inspiring. And also seeing the reality of the disease can help us manage expectations and plan for the future.

Q: Let’s discuss newborn screening (NBS). What did you know about NBS before having Maggie?

Surprisingly little. I have two other daughters, so I knew that every newborn gets a heel stick to screen for certain diseases and then the results come in a few weeks later. But I had no idea that the list of diseases that are screened for varies dramatically depending on your birth state. Or that the federal government has a list of recommended disease to screen for, but that states individually choose which disease to include and individually figure out how to do the testing.

I previously just assumed that our state was screening for diseases like MPS1, where an early diagnosis is critical, and can mean the difference between life and death for some kids. If Maggie had been screened at birth, we could have done her transplant a year sooner. In that critical year, she developed hearing loss, eye issues, an abnormal head size, hip dysplasia, worsening spine issues, and recurrent infections that complicated her transplant. Science is moving so fast and it takes an enormous amount of work for each state to optimize the included diseases and methods of testing for newborn screening. So it is important that we keep talking about it and keep it as a priority so our babies will get the best care possible.

"If Maggie had been screened at birth, we could have done her transplant a year sooner. In that critical year, she developed hearing loss, eye issues, an abnormal head size, hip dysplasia, worsening spine issues, and recurrent infections that complicated her transplant."

Q: What do you want other expecting parents to know?

Raising a child is the best, hardest, most fulfilling, most frustrating, and most magical thing I’ve ever done and it’ll be a wild ride no matter what. But regarding newborn screening – I would say, do your research.

Figure out what your state actually screens for and consider writing an email or making a phone call to your state rep if the screening doesn’t include the nationally recommended list of diseases.

Thanks to Tracy, Maggie and the entire Rose family for sharing your MPS I experience. 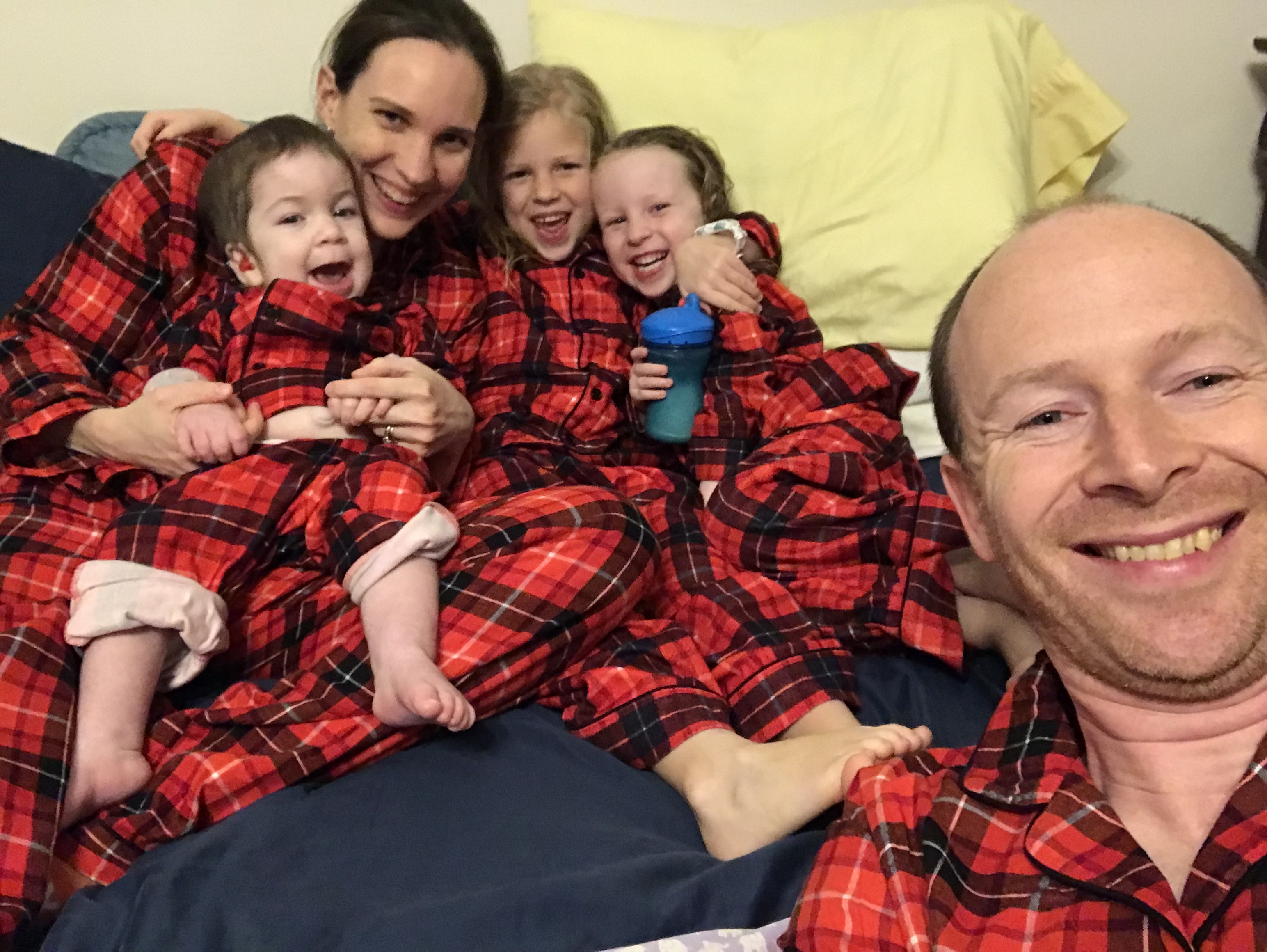 “We are proud of MPS parents like Tracy who are willing to share their personal journeys. Her story will help and empower other rare disease families,” said Terri Klein, President and CEO of the National MPS Society. “Early detection of MPS I through newborn screening opens doors to treatment opportunities and improved outcomes. The Society supports the addition of this disease to newborn screening programs across the U.S. and around the world.”

In a recent local news story about newborn screening in North Carolina, it is mentioned that the state plans to implement MPS I screening soon.

Through our work at Baebies, we often meet inspiring parents and other advocates who share in Baebies company mission. These families want their stories to be heard in order to educate other parents and advocate for life-changing newborn screening. Contact us to share your story or learn more about ways to support the expansion of newborn screening in your state.