A Perspective by Hari Patel

In recognition of Newborn Screening Screening Awareness month, Baebies reflects on the importance of newborn screening (NBS) from our own personal perspectives.

Meet Hari Patel, Customer Service and Support Engineer at Baebies. He is the father of two children and has been working in NBS for over 10 years - in public health before joining our team last year.

What led you to a career in newborn screening?

From a young age I really enjoyed science and hands-on experiments, which led me to focus on science and especially chemistry to study in school and later in university. It was just natural to then pursue a career in chemistry. 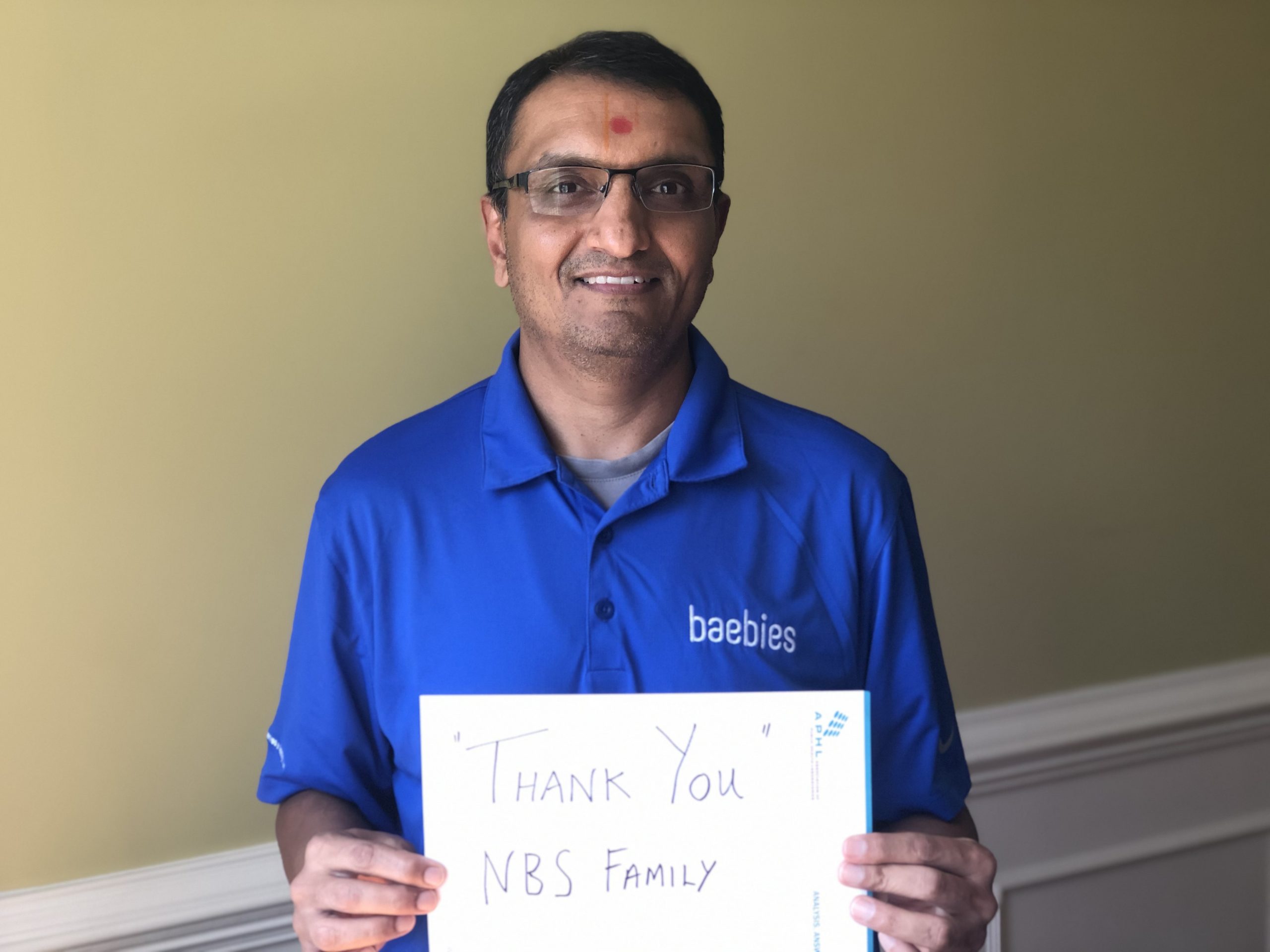 My first career decision was the choice between a career in pharmacy or drug discovery; I chose the latter as I thought that it will be more rewarding and challenging. I worked for over 11 years as a medicinal chemist mainly within the big pharma industry. While this endeavor was challenging, it was not as personally fulfilling as I had expected. Discovering novel targets for therapeutic utility is just the first step in a long process to bring a drug to the market; as a result, projects were often deprioritized after years of hard work.

When an opportunity arose in 2010 to take a different career path, I sought to find a more rewarding job – one with more immediate benefit to society. That is when I discovered the niche of newborn screening (NBS).  At the time I remember thinking, what is there more rewarding than providing a healthy start to a newborn! I say niche because I was soon amazed at how passionate and dedicated the people who work within the NBS community are. They are driven to make a difference for babies and families.

"I was soon amazed at how passionate and dedicated the people who work within the NBS community are. They are driven to make a difference for babies and families."

What did you know about newborn screening at the time?

As a parent, my introduction to newborn screening was in 2010 and not several years before when my children were born. My children had normal NBS tests and, to be honest, I was not aware that NBS was even conducted. Thankfully, I know now that of the over 4 million babies born annually in the U.S., 1 in 12,000 babies will have a life-threatening disorder that is discovered through NBS. I have personally experienced how grateful families are when babies identified through NBS receive timely intervention that help prevent intellectual and physical disabilities and life-threatening illnesses.

My personal journey as a leader for over 8 years in NBS at the North Carolina State Laboratory of Public Health (NCSLPH) is a testament to this. With the help of the dedicated staff at the NBS lab in NCSLPH, who treat every dried blood spot (DBS) and every test as an opportunity to make a meaningful impact, we accomplished a lot. I was able to help expand and modernize a screening platform to include new analytes, on new instruments and in a new building. The validation was then finding multiple confirmed cases within the first months of expanding the NBS panel. This is the immediate impact that I had hoped for!

During my last two years with NCSLPH, I was fortunate to be part of an initiative to complete pilot studies for two new disorders that were recently added to the Recommended Uniform Screening Panel (RUSP): mucopolysaccharidosis type 1 (MPS 1) and X-linked adrenoleukodystrophy (X-ALD).  During the pilots, confirmed cases were identified within the North Carolina population. (Full details including the testing method and clinical algorithm were published in peer reviewed journals in 2019 and 2020 respectively.)

What brought you to the newborn screening team at Baebies?

It was again a natural progression to join Baebies in early 2019! My hope was that now I will be able to help multiple NBS laboratories - both within the U.S. and internationally - to expand their screening panels. In the past 18 months and even during the pandemic this hope has become a reality! The Baebies team has helped multiple NBS laboratories to expand their NBS panel by adding screening for lysosomal storage disorders. The company’s core mission is driven by the belief that everyone deserves a healthy start, regardless of their socio-economic status or geography. Since joining the company, I witness daily how the dedicated employees embody this mission.

I have also made new connections in the newborn screening community by representing Baebies at various gatherings. I met colleagues from around the world at 2019 ISNS Asia Pacific Regional conference to discuss the global expansion of NBS. And I have had the honor of meeting families of children with Pompe disease who were identified through newborn screening at gatherings hosted by Duke Pompe Disease Clinical and Research Program. Hearing family stories is a true testament to the importance of our community’s work.

"Hearing family stories
is a true testament
to the importance of our community’s work."

While public health laboratories have faced many unexpected challenges this year, newborn screening continues and I am honored to support NBS programs in new ways during this time. We have safely and remotely assisted labs by continuing to provide innovative installation, training and support services.  Throughout the pandemic, Baebies remains focused on its mission and recently expanded its NBS panel on the SEEKER platform by achieving CE certification for Galactosemia and Biotinidase deficiency. I am really hopeful and excited for the future – and the role that Baebies and I will play – in ensuring that every baby gets a healthy start!